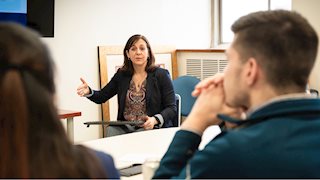 Despite the American Medical Association’s designation of obesity as a disease in 2013, many healthcare providers still place blame on patients for their weight.

“In my current clinic, we’re very accepting. People open up and tell us things they’ve never told anyone. They tell us about bad experiences they’ve had. It makes them not want to go back to the doctor.”

Davisson said when patients feel shame, they will often disconnect entirely from the healthcare system, which can lead to even more health problems. Studies have shown fat shaming, in both children and adults, can lead to depression, increased social isolation and less success with weight loss.

It’s an issue she’s trying to resolve as she educates the next generation of providers.

“What we try to teach the medical students is that it starts with the very beginning of the encounter. You want to treat the patient with respect. You teach them to listen to their story, to not interject or judge.”

Using person-first language is important, Davisson said. Instead of saying “an obese person,” she encourages people to say “a person with obesity.”

Part of the curriculum is to expose students to patients — both in the classroom and in the clinic.

“When it’s a theoretical person, you can have judgement, but when you have that person right there with you… you can’t keep that same bias.”

During clinic visits and lectures, patients share their struggles with the healthcare system, as well as their struggles in everyday life. Some students have told Davisson what a lasting impact these stories have had on them.

“I hope it’s going to help them accept obesity as a disease, and I hope it’ll help them relate to these patients in a different way,” she said.

Asking permission or gauging a patient’s comfortability is especially important before launching into a conversation about weight, Davisson noted.

"It’s a health issue, so as medical professionals, we feel obligated to address it, but what I teach them is you’re not actually addressing it if you’re completely alienating the patient and they’re never going to see you again.”

Davisson is in the middle of a weight bias research project, the brainchild of medical school graduate Britney Harris, M.D., who is now a surgery resident.

Before the students are exposed to the curriculum, they take a pre-test which measures implicit and explicit bias about weight. Then, at the end of the rotation, students take the same test again to see if their biases have changed.

Davisson is still in the data collection process, but she’s hopeful the results will show the curriculum is working.

Proper Treatment for All Aspects

Blame often occurs when patients do not succeed at solving the complicated problem of obesity with what may seem like a simple solution (diet and exercise).

“We have some patients who have underlying psychological issues, such as post traumatic stress disorder, depression, anxiety or emotional eating issues,” Davisson said. “For other patients, that’s not an issue at all. For each individual patient, the causes are really, really different.”

Other underlying causes can include stress, genetics, lack of sleep and prescription medications.

“We have to raise awareness of how complicated it is.”

Sleep, for example, has a major impact on how hungry people feel, and how many calories they intake. Davisson said it’s linked to appetite hormones. After a good night’s sleep, the hormones that make someone hungrier are suppressed.

“You can only use willpower to overcome it for so long. When your body is driving you to eat, you cannot control that.”

First, her team creates a diet suitable for the individual. No one diet will work for everyone. Next, they encourage physical activity. Although movement isn’t linked to major weight loss, Davisson said it’s important for maintenance as metabolism fluctuates.

Behavior tracking is next on the list. As someone writes down what they eat, or as they track it on an app, they’re more conscious of their actions. And finally, the medical piece of the puzzle is examined — everything from sleep to the patient’s list of chronic medications.

“Sometimes there are easy fixes on a medicine list, like one can be substituted for another,” Davisson explained. “The effects might be small, but we don’t need anything to make it harder. It’s already hard enough to lose weight.”

Davisson, who originally trained in internal medicine, worked for 15 years in primary care at a women’s health clinic. During that time, she treated a lot of chronic diseases, many of which related to obesity.

“We were more treating the chronic diseases, which was kind of putting a band-aid on the problem, without really getting to the underlying cause,” she said.

After receiving her certification from the American Board of Obesity Medicine, she first implemented her training into her primary care practice. Then, she started working part-time with bariatric surgeons. Now, she’s developing an obesity medicine program, where she can fully focus on her patients’ weight struggles.

“You really get that story. People really like telling their story and getting it out, getting to explain the things they’ve tried, and that they’re not just lazy and haven’t tried anything.

“They love to get that off their chest, to tell someone who’s actually listening.” 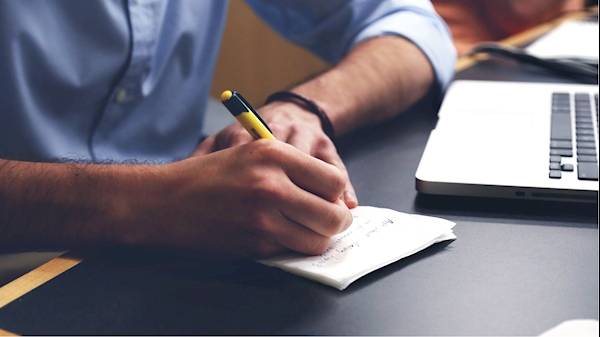